Because the art world is now synonymous with the global art market, urban hubs are measured in prestige and influence as much by their art fairs (and the collectors who flock thereto) as by their museums, non-profit kunsthalles, vernissage scenes and artist populations. Los Angeles art folk have yearned for a gallery fair of commercial consequence since their outlier status in the Sixties, and many have come and gone or limped along without the sort of international cred that serious money buys. But as of last year Frieze Los Angeles, the most recent franchise of the Frieze Magazine empire, has brought the hope of redemption — and one with great optics. Staged at a venerable dream factory, amidst the functioning studios and backlot of Paramount Pictures, Frieze LA has a home that couldn’t be more symbolic of the local cultural industry that has shaped the town’s identity and destiny. If there’s any downside to this storied milieu that seems to delight everyone with its faded layers of glamorous Hollywood history, it’s that a fair that probably aspires to expansion (its London mother ship is four times the size) may have to find another location to do so.

As in London, Frieze LA has rapidly evolved into Frieze Week, with several satellite fairs around town (Felix at the Hollywood Roosevelt Hotel, ALAC at the Hollywood Athletic Club, and Spring/Break at the ROW DTLA complex near the mushrooming Downtown Arts District), and galleries and institutional venues displaying marquee names with openings, key events and VIP parties in synch with the week’s agenda pursued by the central fair’s 35,000 visitors. So beyond the 75 local and international galleries vying for bandwidth inside Frieze’s capacious tent, hundreds of others offered further proof of LA’s vibrant health as a magnetic art-market force.

Apart from the showbiz luminaries to be seen strolling the aisles (Justin Bieber, James Corden, LL Cool J, Leonardo DiCaprio, Brie Larson, Jennifer Lopez, Mandy Moore, Amy Poehler, Natalie Portman, Charlize Theron, Usher), big-fish collectors showed up and wrote checks on a scale that lent the stamp of A-list legitimacy that Los Angeles art has always craved. Whether the promising sheen lasts or not — Paris Photo LA in the same time slot and location pulled the plug after year three — remains to be seen. Meanwhile, the entire artist food chain was amply represented, from the young and hungry, pushpinned to a hotel-room wall, on up to the rock stars commanding seven figures. To the credit of the fair’s organizers, alongside the objets hawked in its pricey booths was an ambitious program of talks, panels, films, music, dance, special outdoor creations, and other illuminating moments… possibly even making Frieze’s steep ticket prices worthwhile to the non-buying flâneurs.

Echoing the felicitous digits of the year 2020, we have selected 20 highlights from Frieze LA — subjective to be sure, but also with an eye to diversity and earned esteem. Each visitor will have their own top 20, which comes down to personal connection despite prevailing market trends, critics’ darlings and canonical scholarship. We’ve thrown in a couple of works seen in satellite fairs, and Frieze’s own Special Projects bounty on the Paramount backlot, but most were found in the main souk. If any trend was perceived it was a dearth of video works compared to an earlier era (Tony Oursler, William Kentridge and a few backlot Projects such as Lorna Simpson’s outsized screens of dancers notwithstanding), as if to suggest that they’re harder to commodify than the inert stuff. And one high-end art advisor observed that galleries have become more receptive to work by women and artists of color, as many clients lately want to… diversify their collections. No matter the reason, this can only be celebrated. But coverage of an art fair, never less a challenge than wrestling with an overwhelming hodge-podge of visual stimuli and dealer spiels, can only ever be boiled down to what remains in the mind, and the camera, upon exiting. Caveat lector. 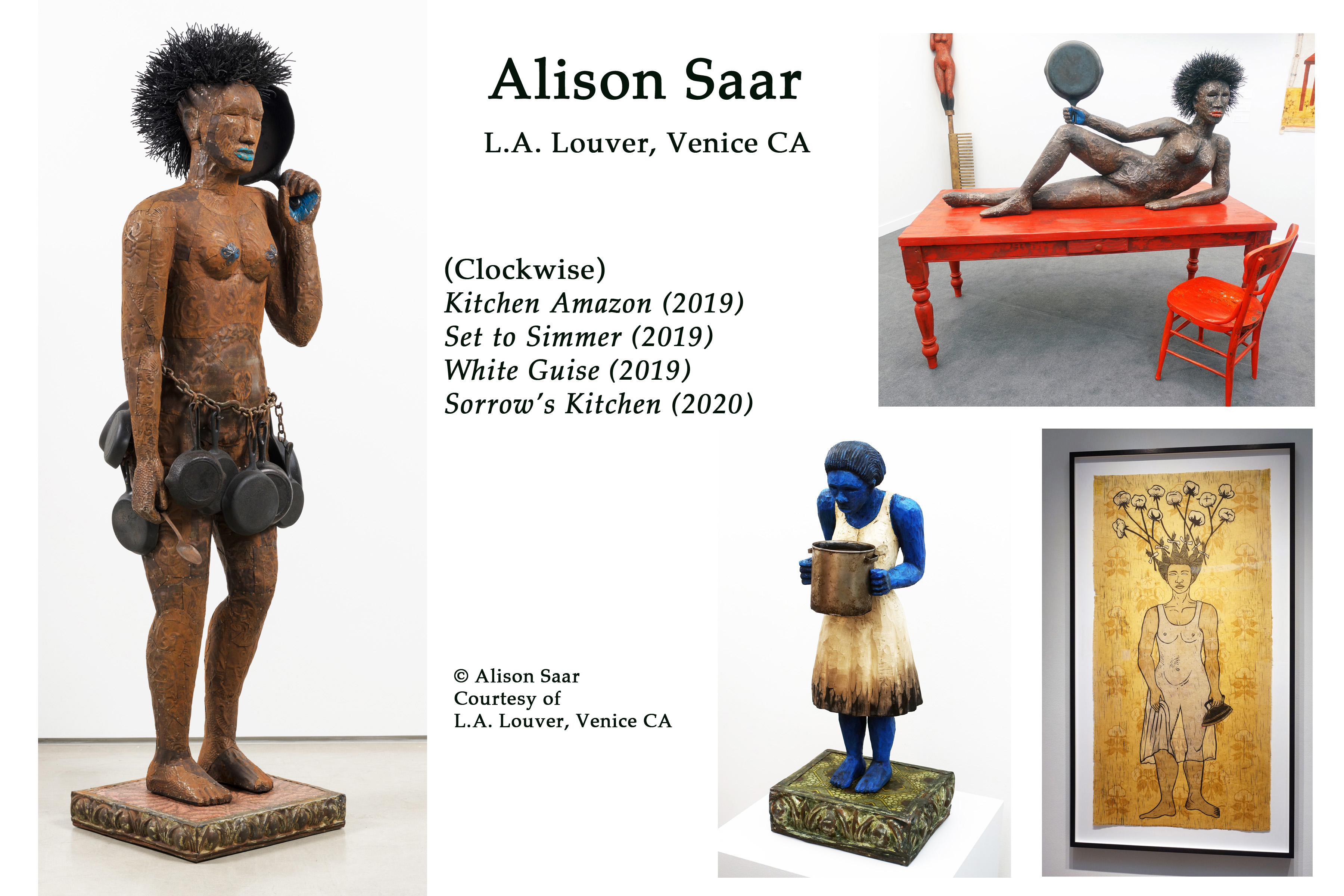 Michael Kurcfeld is a journalist and founder of Stonehenge Media. He produces the Photographer Spotlight series for the Los Angeles Review of Books.

Michael Kurcfeld is a journalist, originally from the print world, but since 1990 working in electronic media. Since founding Stonehenge Media, he has produced film and arts coverage for NYTimes.com, WSJ.com, Huffington Post, PBS, Bravo, Yahoo Movies, 20th Century Fox Home Entertainment and Film.com. He produces the Photographer Spotlight series for the Los Angeles Review of Books.

Joseph Giovannini on Michael Govan’s plans for LACMA, which are even worse than you think....

Arles loves photographers and photographers love Arles. Every July, for exactly a half century, this enchanted, photogenic town — once an outpost of the Roman Empire that still sports a functional Roman amphitheater and coliseum — hosts Les Rencontres d’Arles, a lively ...

May We Live in Interesting Times

The most asked question at any cornucopic public art show is: “What did you like?” We saw no reason not to take the question seriously, as the premise of a pictorial spread. As someone who has seen a lot of artworks ...

Most photographers are passive, often neutral observers. Stanislas Guigui fully inhabits the ferocious world he shoots, completely caught in its turbulence. He has resided and worked in Colombia for over 20 years, and the images he is now assembling into a ...

David Lynch on His Favorite Photographs

Photo of David Lynch by Nadav Kander FOR 15 YEARS, Paris Photo has been the increasingly prestigious centerpiece of The Month of Photography celebrated in Paris every November. In its most recent run, the organizers conceived the idea of inviting an ...

Mr. Cultural: An Exhibition in Paris, a Collaboration with Frédéric Durieu [VIDEO]

Michael Kurcfeld talks to Robert Crumb on the occasion of the Musée d'Art Moderne de la Ville de Paris retrospective of his work, on view until August 19. ¤ Michael Kurcfeld is a journalist, originally from the print world, but after ...